Unboxing the next load of weapons, a preview episode. See the description for a channel update. 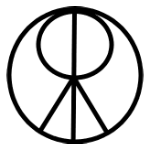 Sign in now!
Category:
General
Description:
What to expect coming soon. If you would have preferred a shorter version with less unboxing and commentary (Just the items for future episodes) let me know in the comments.
Questions that you may have:
What happened to the katana? It will be back after Christmas.
What about gun shooting videos? Between camera person issues and limited range hours in the winter, it has become impossible to record those until spring. The most recent two trips didn't produce much usable due to new channel problems. You may have noticed that most of what I post doesn't have a camera person, but this is a problem at the range.
What does this mean is coming for the rest of the year? Mostly the weapons presented in this video. There are still a few other videos to record and post. I still have a stack of machetes that need sharpened and recorded. There are a few guns mentioned on the website that haven't been touched yet. The contest is still going on.
Will there be more contests? Hopefully. This one has had a bit underwhelming of a response so far. Let me know what you don't like about the contest in the comments. As far as future contests, I would recommend expecting approximately yearly contests in the near future.
Why can't "I" enter the contest? This depends on who you are, but here are the two problems that commenters have run into so far. International laws make shipping weapons a problem for non-US viewers. The fact that we are giving away an actual weapon means that we cannot give them to minors. Next time, I will have to look into giving away a gift card or weapon-adjacent item. Let me know if you have any ideas on that subject in the comments.
Other questions? Let me know in the comments.
You must login to be able to comment on videos
Reply