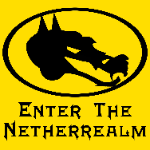 On July 2nd, 2021, Netherrealm Studios announced that they were ending support of MK11 in favor of focusing on “their next project”. At the time, pretty much everyone assumed “Okay it’s Injustice 3 time, we’ll hear an announcement or tease in 6 months or so.

Here we are, almost one full year later, and we still have no idea what NRS is working on. Rumors have flown around, it started as Injustice 3, then some said it was a Marvel game, claims of it being MK vs. DCU 2 came out, but the current most popular assumption is that their next project is Mortal Kombat 12.

HOWEVER, nothing has been confirmed! The next installment of the Injustice series could still be on the horizon, and that’s where I come in. I have made an outline containing exactly what I would do if I was the creative director and primary decision maker of the Injustice 3 project. Let’s see what you think about my ideas.

Enter the Netherrealm is a Purified Madness LLC production - https://www.purifiedmadness.com/enter-the-netherrealm-podcast/