Democrats will Burn the Constitution to Disarm You | SOTG 1141 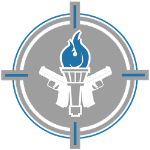 The unhinged criminals in Washington DC have made it plain that they stop at nothing, to include ignoring the US Constitution and the Courts, in order to disarm the lawful-abiding. One political criminal went so far as to refer to Constitutional Rights as “bullsh*t”.

During our SOTG Homeroom, we have yet one more example as to why it is critical for responsible adults to be armed to defend children from harm, even the harm caused by animal attacks.

Professor Paul has put a new Duracoat finish on his PSL-54. Also, we will consider what you should be looking to purchase before the criminals in DC push people back into panic buy mode.