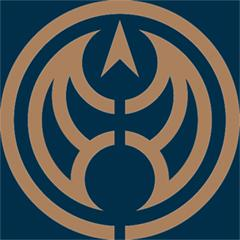 Sign in now!
Category:
General
Description:
Utah-based SilencerCo on Tuesday announced a new addition to its lineup, the Hybrid 46M, billed as "the world's first and only truly modular large-bore suppressor."

Built to a design that incorporates titanium, 17-4 heat-treated stainless steel, and Inconel, the full-auto-rated Hybrid 46M adds modularity to the company's already popular Hybrid 46. In its long configuration, stretching over the front module and endcap, the suppressor runs 7.72 inches and weighs 14.9 ounces. In its shorter format, ideal for SBRs or pistols, it tapes out at 5.78 inches and weighs 12.2 ounces.

When it comes to accommodating calibers, it is omnivorous and is rated for all centerfire pistol and rifle calibers – including .45 ACP, 10mm, .450 Bushmaster, .458 SOCOM, .45-70 Government, .338 Lapua Magnum – up to .460 Weatherby Magnum. This gives it the appeal of being a single can for just about everything in the gun safe.

"The Hybrid 46M is the perfect tool for shooters hoping to suppress a variety of calibers on both pistols and rifles with only one suppressor,” said Dewie Vieira, SilencerCo’s senior product development specialist. “It’s the first modular big-bore suppressor ever; it’s the answer for those who want to suppress every small and large bore caliber."

See the full article at guns.com/news
You must login to be able to comment on videos
Reply